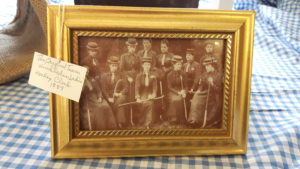 While many will have been glued to the tennis at SW19 this month, visitors to the Godstone Emporium could view this charming picture of the original ‘Wimbledon Ladies Hockey Club’ team in Maria’s section. The club was formed in 1889 and, according to The Wimbledon Club website, can claim to be the oldest ladies hockey club in the world. Around 100 years later, the Ladies amalgamated with their male counterparts in Church Road as part of ‘Wimbledon Hockey Club’. In 2014, the Ladies held their 125th anniversary celebrations, which included an ‘1880s costume match’ – “hockey in long skirts, long-sleeved shirts, and it was 26 degrees!” Wouldn’t it be great to find out what happened to these sporting pioneers… 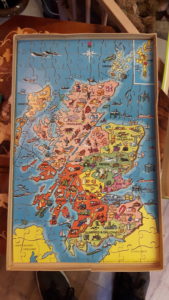 Meanwhile, just £5 can buy you this ‘Victory’ plywood jigsaw puzzle of the ‘Industrial Life of Scotland’. It was made by G J Hayter & Co, which became a subsidiary of J W Spear & Sons in 1970. Depicting key businesses in various parts of the country – such as wool in the Western Isles and lobster fishing in Orkney – it’s a fascinating piece of social history. 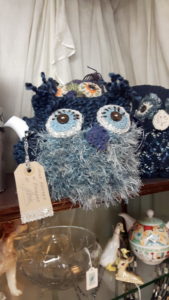 In the far corner of the shop, you should look out for these superb tea cosies, hand knitted by Gloria. At just £18 they would make superb gifts. 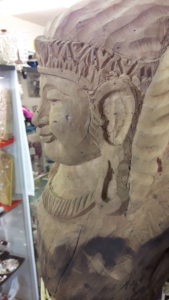 Chris is selling this unusual wooden carving, which would look fantastic indoors or out, for £29. Other items in her section include old Hornby model railway rolling stock, vintage tools, bottles and other curios. 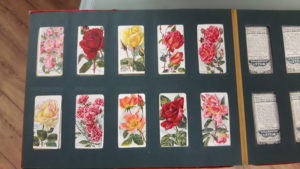 Selina has a beautiful ‘Wills’s Cigarette Card Album’ for sale at £25. Inside is a variety of cards including these exquisite examples from Wills’s ‘Second Series’ of ‘Roses’, dating from the early 1900s. Each features a description on the reverse. The ‘Blush Rambler’, for example (top left), “is exceptionally vigorous in habit of growth, and makes shoots from 10ft to 12ft in one season”. Introduced in 1903 it is “an excellent variety for arches and pergolas”. Selina has plenty more in the Emporium – find out more at http://www.facebook.com/selinacuriosity/